Carboxylic acids with chain lengths in the range of 6 – 24 carbon atoms are traditionally called fatty acids.

The table gives an overview of the indicative fatty acid levels. 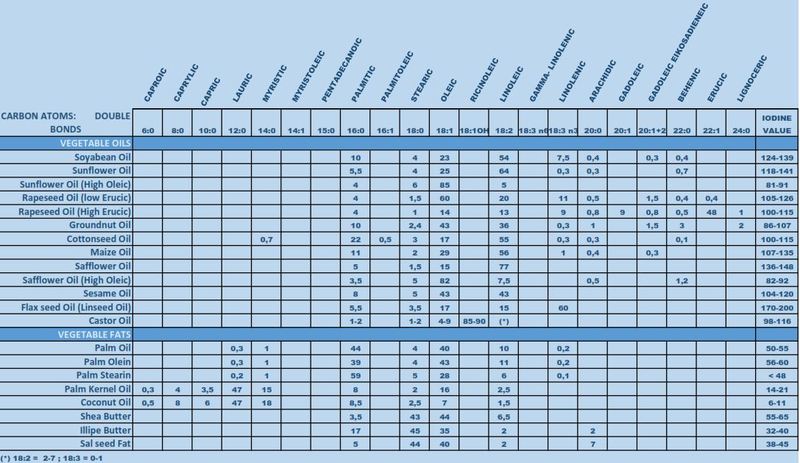 Fatty acids can be classified according to their saturation, i.e. number of double bonds:

Fatty acids containing one or more double bonds are known as unsaturated.

The position of the double bond can vary along the carbon chain and its position can be indicated in several ways.